Advertisement
Windows XP SP3 is listed in Other System Tools category and made available by Microsoft for Windows XP. Unfortunately, we have not yet reviewed Windows XP SP3. If you would like to submit a review of this software, we encourage you to submit us something!
Windows XP SP3 review by publisher Microsoft:

What is Windows XP SP3 software from Microsoft, what is it used for and how to use it?

Microsoft develops updates, fixes, and other improvements that address issues reported by the company’s customers and partners. To make it easier for customers to get these updates and enhancements, Microsoft periodically combines them into a single package, and makes that package available for all Windows customers.

These packages are called service packs", Microsoft revealed in the introduction of the Overview of Windows XP Service Pack 3. With the Release Candidates of Vista SP1 and Windows Server 2008 heading to increased testing pools the past week, and with Microsoft cooking the first public build of the first refresh for its latest Windows client, the official overview for XP SP3 is the only crumb from the service pack fiesta over at the Redmond company. The Release Candidate of XP SP3 in a pre-final stage has already shipped to MSDN and TechNet subscribers.

Download and install Windows XP SP3 safely and without concerns.

All software products that you can find on Download.hr, including Windows XP SP3, are either free, freeware, shareware, full version, trial, demo or open-source. You can't download any crack or serial number for Windows XP SP3 on Download.hr. Every software that you are able to download on our site is freely downloadable and 100% legal. There is no crack, serial number, keygen, hack or activation key for Windows XP SP3 present here nor we support any illegal way of software activation. If you like software product please consider supporting the author and buying product. If you can not afford to buy product consider the use of alternative free products.

Is it safe to download and install Windows XP SP3?
Windows XP SP3 was checked for possible viruses by various leading antivirus software products and it is proven to be 100% clean and safe. Although, no malware, spyware or other malicious threats was found we strongly advise you to check product again before installing it on your PC.

Please note that laws concerning the use of Windows XP SP3 may vary from country to country. Please be sure that you are using Windows XP SP3 in accordance with the law in your country.

How to uninstall Windows XP SP3?


How do I uninstall Windows XP SP3 in Windows XP?

How much does it cost to download Windows XP SP3?


Nothing! Nada! Frei! Niente! It is FREE to download Windows XP SP3 from Download.hr portal! We collect and list worlds best software products on Download.hr portal so everyone can enyoj in them. All products here are legaly listed but you can read additional information about license on owners web site. 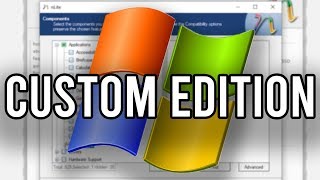