Free download
A set of small apps that can control your Winamp or AIMP player.

What is WinampControlApps software from __alex, what is it used for and how to use it?

A set of small apps that can control your Winamp or AIMP player.

WinampControlApps is a set of small apps that can control your Winamp or AIMP player.

Besides simple playback and volume contols, also the are two unique apps: StartPlayPause, which can start player and playback at one stroke, or acts as pause is playback if already started, and DeleteAndNext, which helps to keep your music library nice and clean - it deletes currently playing track from the disk (well, in a recycle bin, actually). And it's fully compatable with both Winamp and AIMP players!

This is a free software with open sources (GNU GPLv3).

All software products that you can find on Download.hr, including WinampControlApps, are either free, freeware, shareware, full version, trial, demo or open-source. You can't download any crack or serial number for WinampControlApps on Download.hr. Every software that you are able to download on our site is freely downloadable and 100% legal. There is no crack, serial number, keygen, hack or activation key for WinampControlApps present here nor we support any illegal way of software activation. If you like software product please consider supporting the author and buying product. If you can not afford to buy product consider the use of alternative free products.

Is it safe to download and install WinampControlApps?
WinampControlApps was checked for possible viruses by various leading antivirus software products and it is proven to be 100% clean and safe. Although, no malware, spyware or other malicious threats was found we strongly advise you to check product again before installing it on your PC.


How do I uninstall WinampControlApps in Windows Vista / Windows 7 / Windows 8 / Windows 10 OS?


How do I uninstall WinampControlApps in Windows XP?


Nothing! Nada! Frei! Niente! It is FREE to download WinampControlApps from Download.hr portal! We collect and list worlds best software products on Download.hr portal so everyone can enyoj in them. All products here are legaly listed but you can read additional information about license on owners web site. 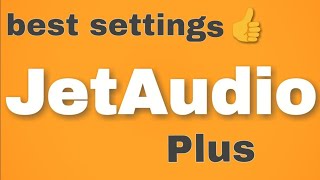