Advertisement
Take Command is listed in OS Enhancements category and made available by JP Software for Windows. Unfortunately, we have not yet reviewed Take Command. If you would like to submit a review of this software, we encourage you to submit us something!
Take Command review by publisher JP Software:

What is Take Command software from JP Software, what is it used for and how to use it? 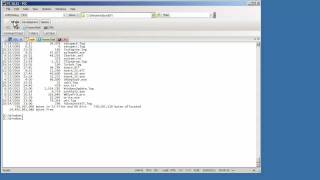 Take Command offers a new approach to working in Windows, bringing users the power of the command line and the ease of use of the Windows interface. Take Command supports existing CMD.EXE commands and batch files, and adds thousands of new features, giving you more power and flexibility than you ever imagined. And CMD and PowerShell users will love Take Command's tabbed console windows and Windows shell integration. Take Command adds features such as extensive context-sensitive online help, shell monitoring commands, plugins, aliases for commonly used commands, a powerful command line editor, history recall, filename completion (even across a network), popup command and directory history windows, and extended directory searches that can take you to any directory on your system by entering only part of its name. Take Command expands the Windows file handling commands, giving you the ability to copy, move, delete, or list multiple files with a single command, and adding FTP and HTTP support (including SSL and SSH) . You can select or exclude files from any command by their date, time, size, and extended wildcards for extraordinary flexibility. Batch file users will be amazed at the power and speed Take Command adds to Windows batch files, with an array of new batch commands and a powerful batch debugger with single stepping, breakpoints, syntax coloring, popup variable windows, and editing. The extended batch language in Take Command includes subroutines, DO statements, IF THEN ELSE statements, SWITCH statements, error handling, more than 170 internal commands and 440 internal variables. And if you don't like the default behavior, Take Command allows you to adjust its configuration either through interactive dialogs or on the command line.

Download and install Take Command safely and without concerns.

Take Command is a software product developed by JP Software and it is listed in System category under OS Enhancements. Take Command is licensed as Shareware which means that software product is provided as a free download to users but it may be limited in functionality or be time-limited. You may need to pay at some moment to continue using product or to use all functionalities. You can run Take Command on all modern Windows OS operating systems. Take Command was last time updated on 18.01.2020 and it has 6,949 downloads on Download.hr portal. Download and install Take Command safely and without concerns.
Take Command Change info
Over 400 new features since v12, including a new text and binary file viewer and command dialogs.
Take Command Requirements
20MB free disk space
Take Command Languages
Take Command user interface supports the following languages:

Advertisement
What do you think about Take Command?
Take Command awards

All software products that you can find on Download.hr, including Take Command, are either free, freeware, shareware, full version, trial, demo or open-source. You can't download any crack or serial number for Take Command on Download.hr. Every software that you are able to download on our site is freely downloadable and 100% legal. There is no crack, serial number, keygen, hack or activation key for Take Command present here nor we support any illegal way of software activation. If you like software product please consider supporting the author and buying product. If you can not afford to buy product consider the use of alternative free products.

Is it safe to download and install Take Command?
Take Command was checked for possible viruses by various leading antivirus software products and it is proven to be 100% clean and safe. Although, no malware, spyware or other malicious threats was found we strongly advise you to check product again before installing it on your PC.

Please note that laws concerning the use of Take Command may vary from country to country. Please be sure that you are using Take Command in accordance with the law in your country.

How to uninstall Take Command?


How do I uninstall Take Command in Windows Vista / Windows 7 / Windows 8 / Windows 10 OS?


How do I uninstall Take Command in Windows XP?

How much does it cost to download Take Command?


Nothing! Nada! Frei! Niente! It is FREE to download Take Command from Download.hr portal! We collect and list worlds best software products on Download.hr portal so everyone can enyoj in them. All products here are legaly listed but you can read additional information about license on owners web site. 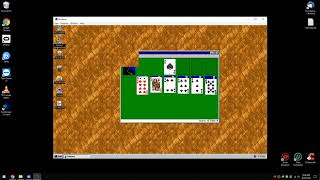