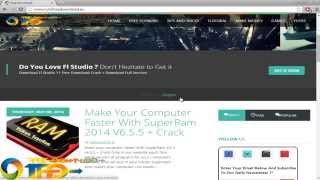 See all videos
SuperRam was made to boost computer performance by adjusting memory utilization, either manually or automatically. Each time we open programs or launch a game, an increase of memory use occurs. By monitoring and adjusting the use that the computer makes of the memory, it is possible to greatly improve the performance of the aforementioned. You can use SuperRam to accomplish this. SuperRam makes your computer run quicker by taking control and managing the memory on your computer efficiently. Once installed, SuperRam does not need much setup apart from defining the threshold at which you want it to begin cleaning RAM. After that, SuperRam manages the job itself, flushing RAM when it reaches a certain tipping point. The interface of SuperRam has a pleasant graphical aspect that shows the free and used amount of RAM in real time. You can benchmark the memory to determine the efficiency of the system memory when running games or complex programs that use a lot of RAM. The benchmark score is shown as a number, from 1 to 10. SuperRam constantly runs in the background on your computer and discovers when the memory on your computer is becoming to a low threshold; once it reaches this threshold it promptly frees memory back to the computer and makes programs run faster since they have access to physical memory. SuperRam's settings allow you to freely adjust and change this low memory threshold and give you the ability to determine how much memory to free back to Windows. SuperRam gives you complete control over how memory works on your computer and allows you to fine tune how your computer operates. When SuperRam flushes, there may be a short lag in your system performance, but afterward you will see an improvement in performance. RAM is somewhat like a bottomless pit though. The more you clean it out, the fuller it seems to get, especially when opening new programs. Eventually, you may find that the lags SuperRam creates when it flushes RAM are causing more problems than would be caused by just letting Windows do the job itself. In the long run, if you are still having difficulties, it makes sense to simply consider upgrading your RAM to fix your memory-related PC problems. SuperRam does not slow down the computer when running in the background, and it has a really positive impact on the performance of your system whenever it takes good care of the memory. If you are having serious issues with your system continuously eating RAM, SuperRam might be the solution you are searching for.


English
Advertisement
What do you think about SuperRam?
SuperRam awards

Download.hr periodically updates software information of SuperRam from the software publisher (PGWARE LLC), but some information may be slightly out-of-date or incorrect. SuperRam version 7.2.24.2020 for Windows 2000/XP/2003/Vista/7 was listed on Download.hr on 24.02.2020 and it is marked as Shareware.

All software products that you can find on Download.hr, including SuperRam, are either free, freeware, shareware, full version, trial, demo or open-source. You can't download any crack or serial number for SuperRam on Download.hr. Every software that you are able to download on our site is freely downloadable and 100% legal. There is no crack, serial number, keygen, hack or activation key for SuperRam present here nor we support any illegal way of software activation. If you like software product please consider supporting the author and buying product. If you can not afford to buy product consider the use of alternative free products.

Is it safe to download and install SuperRam?
SuperRam was checked for possible viruses by various leading antivirus software products and it is proven to be 100% clean and safe. Although, no malware, spyware or other malicious threats was found we strongly advise you to check product again before installing it on your PC.

Please note that laws concerning the use of SuperRam may vary from country to country. Please be sure that you are using SuperRam in accordance with the law in your country.


How do I uninstall SuperRam in Windows XP?


Nothing! Nada! Frei! Niente! It is FREE to download SuperRam from Download.hr portal! We collect and list worlds best software products on Download.hr portal so everyone can enyoj in them. All products here are legaly listed but you can read additional information about license on owners web site. 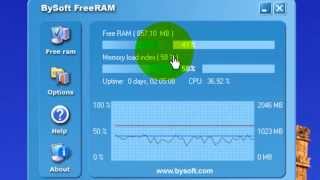