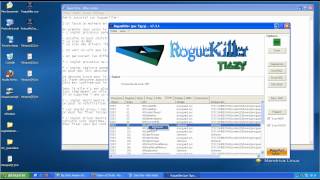 See all videos
RogueKiller is a miniature application that serves to eliminate rogue processes which profess to be registry cleaners, antivirus programs or even malware cleaners. It is portable and compatible with32 and 64 bit versions of Windows. On first launch of RogueKiller, it will search for services and processes that might be hidden on your computer. It scans fast and will rapidly quarantine anything suspicious. What is more, the Windows Registry does not get new entries, and leftover files do not stay on the hard disk after removing the program. The interface is based on a standard window with seemingly cluttered options, where a pre-scan mode automatically starts at initialization and kills any suspicious processes. The file list shows the status, type, process ID, name, and path for each item. The application also has the ability to scan the registry, Hosts file, proxy, DNS, drivers, MBR, and shortcuts. It's possible for you to disable RogueKiller from scanning the MBR, verifying fake items, and running the anti-rootkit service. It provides options for deleting selected items and repairing services, MBR, Hosts, proxy, DNS and shortcuts. The program's other characteristics allow RogueKiller to undo the damage caused by fake antivirus tools, like repairing host files, proxies, DNS and shortcuts. You will even be able to read the Roguekiller developer's opinions on why you most likely got infected. It is also possible to restore files or shortcuts that were hidden by Fake HDD rogues. RogueKiller is a straightforward, minimalist program that discovers rogueware of all kinds. It is not for beginners though.

Download.hr periodically updates software information of RogueKiller from the software publisher (Tigzy), but some information may be slightly out-of-date or incorrect. RogueKiller version 14.1.1.0 for Windows was listed on Download.hr on 07.02.2020 and it is marked as Freeware.

All software products that you can find on Download.hr, including RogueKiller, are either free, freeware, shareware, full version, trial, demo or open-source. You can't download any crack or serial number for RogueKiller on Download.hr. Every software that you are able to download on our site is freely downloadable and 100% legal. There is no crack, serial number, keygen, hack or activation key for RogueKiller present here nor we support any illegal way of software activation. If you like software product please consider supporting the author and buying product. If you can not afford to buy product consider the use of alternative free products.

Is it safe to download and install RogueKiller?
RogueKiller was checked for possible viruses by various leading antivirus software products and it is proven to be 100% clean and safe. Although, no malware, spyware or other malicious threats was found we strongly advise you to check product again before installing it on your PC.

Please note that laws concerning the use of RogueKiller may vary from country to country. Please be sure that you are using RogueKiller in accordance with the law in your country.

How to uninstall RogueKiller?


How do I uninstall RogueKiller in Windows Vista / Windows 7 / Windows 8 / Windows 10 OS?


How do I uninstall RogueKiller in Windows XP?


Nothing! Nada! Frei! Niente! It is FREE to download RogueKiller from Download.hr portal! We collect and list worlds best software products on Download.hr portal so everyone can enyoj in them. All products here are legaly listed but you can read additional information about license on owners web site. 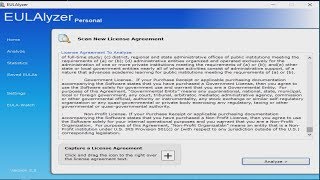