Free download
Reset the settings on your PC safely and easily.

Advertisement
RefreshPC is listed in System Tweak category and made available by Waresoft Software for Windows XP/Vista/7. Unfortunately, we have not yet reviewed RefreshPC. If you would like to submit a review of this software, we encourage you to submit us something!
RefreshPC review by publisher Waresoft Software:

What is RefreshPC software from Waresoft Software, what is it used for and how to use it?

See all screenshots
Reset the settings on your PC safely and easily.

Reset the settings on your PC safely and easily RefreshPC is a utility to return select registry settings and all Windows services to their default state. This can fix many problems with your computer. RefreshPC is a very easy to use and safe utility for fixing misconfigurations in your services and in the registry itself. RefreshPC will do the following: Reduce errors in the Event Viewer. Fix service misconfigurations that may be causing problems including slow boots. Clean your temporary folders. Reset key registry entries back to their default values. RefreshPC can also be used to help undo bad tweaks done by some tweaking programs. This program is a must have if you want to return your PC back to it's normal standard configuration easily and quickly. RefreshPC works on Windows XP, Windows Vista and Windows 7. 64bit and 32bit versions.

RefreshPC is a software product developed by Waresoft Software and it is listed in Tweak category under System Tweak. RefreshPC is a free software product and it is fully functional for an unlimited time although there may be other versions of this software product. You can run RefreshPC on Windows XP/Vista/7 operating systems. RefreshPC was last time updated on 06.06.2013 and it has 7,232 downloads on Download.hr portal. Download and install RefreshPC safely and without concerns.
RefreshPC Requirements
4.28MB of disk space. Windows XP Minimum Operating System
RefreshPC Languages
RefreshPC user interface supports the following languages:

Download.hr periodically updates software information of RefreshPC from the software publisher (Waresoft Software), but some information may be slightly out-of-date or incorrect. RefreshPC version 2.0 for Windows XP/Vista/7 was listed on Download.hr on 06.06.2013 and it is marked as Freeware.

All software products that you can find on Download.hr, including RefreshPC, are either free, freeware, shareware, full version, trial, demo or open-source. You can't download any crack or serial number for RefreshPC on Download.hr. Every software that you are able to download on our site is freely downloadable and 100% legal. There is no crack, serial number, keygen, hack or activation key for RefreshPC present here nor we support any illegal way of software activation. If you like software product please consider supporting the author and buying product. If you can not afford to buy product consider the use of alternative free products.

Is it safe to download and install RefreshPC?
RefreshPC was checked for possible viruses by various leading antivirus software products and it is proven to be 100% clean and safe. Although, no malware, spyware or other malicious threats was found we strongly advise you to check product again before installing it on your PC.

Please note that laws concerning the use of RefreshPC may vary from country to country. Please be sure that you are using RefreshPC in accordance with the law in your country.


How do I uninstall RefreshPC in Windows Vista / Windows 7 / Windows 8 / Windows 10 OS?


How do I uninstall RefreshPC in Windows XP?


Nothing! Nada! Frei! Niente! It is FREE to download RefreshPC from Download.hr portal! We collect and list worlds best software products on Download.hr portal so everyone can enyoj in them. All products here are legaly listed but you can read additional information about license on owners web site. 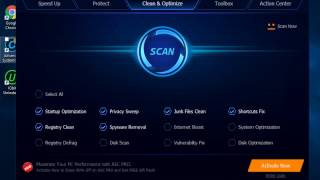