Oculus SDK is listed in SDK category and made available by Oculus VR for Windows. Unfortunately, we have not yet reviewed Oculus SDK. If you would like to submit a review of this software, we encourage you to submit us something!
Oculus SDK review by publisher Oculus VR:

What is Oculus SDK software from Oculus VR, what is it used for and how to use it? 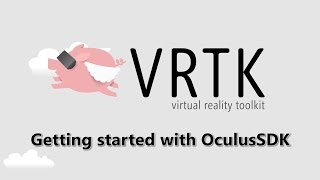 Oculus SDK is a powerful development kit that was designed to help VR developers simplify their job and create high-quality projects by providing them with a broad range of relevant components.

In order to deploy it on their systems, users must first provide it with Oculus Runtime, so that they can benefit from its capabilities entirely and without encountering any problems.

This development kit can be easily integrated with various game engines or applications. It encompasses LibOVR libraries that do not require neither RTTI support nor exception handling. The application or game that you want to integrate Oculus SDK with is capable of disabling the features mentioned above for efficiency increase.

It is possible that developers can rebuild samples and LibOVR by turning to the components contained within the Projects and Samples directory that this SDK provides them with.

Both project and solution files for various Visual Studio versions, including 2010, 2012, 2013 and 2015, are included in the SDK package, thus providing users with a broad range of possibilities.

The Samples.sln or Samples (Experimental).sln files within the Samples/Projects/Windows/VSxxxx are the main solutions that can help developers build the samples, or run them. Additionally, using the same solutions, it is also possible to build LibOVR.

Download and install Oculus SDK safely and without concerns.

Added IndexTriggerRaw, HandTriggerRaw, and ThumbstickRaw, which provide raw button values without a deadzone or filter.

What do you think about Oculus SDK?
Oculus SDK awards

Download.hr periodically updates software information of Oculus SDK from the software publisher (Oculus VR), but some information may be slightly out-of-date or incorrect. Oculus SDK version 1.11.0 for Windows was listed on Download.hr on 12.02.2017 and it is marked as Freeware.

All software products that you can find on Download.hr, including Oculus SDK, are either free, freeware, shareware, full version, trial, demo or open-source. You can't download any crack or serial number for Oculus SDK on Download.hr. Every software that you are able to download on our site is freely downloadable and 100% legal. There is no crack, serial number, keygen, hack or activation key for Oculus SDK present here nor we support any illegal way of software activation. If you like software product please consider supporting the author and buying product. If you can not afford to buy product consider the use of alternative free products.

Is it safe to download and install Oculus SDK?
Oculus SDK was checked for possible viruses by various leading antivirus software products and it is proven to be 100% clean and safe. Although, no malware, spyware or other malicious threats was found we strongly advise you to check product again before installing it on your PC.

Please note that laws concerning the use of Oculus SDK may vary from country to country. Please be sure that you are using Oculus SDK in accordance with the law in your country.

How to uninstall Oculus SDK?


How do I uninstall Oculus SDK in Windows XP?

How much does it cost to download Oculus SDK?


Nothing! Nada! Frei! Niente! It is FREE to download Oculus SDK from Download.hr portal! We collect and list worlds best software products on Download.hr portal so everyone can enyoj in them. All products here are legaly listed but you can read additional information about license on owners web site. 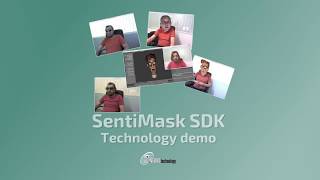