Advertisement
digiKam is listed in Digital Albums category and made available by digiKam Team for Windows 2K/ XP/ Vista/ Vista 64 bit/ 7/ 7 64 bit/ . Unfortunately, we have not yet reviewed digiKam. If you would like to submit a review of this software, we encourage you to submit us something!
digiKam review by publisher digiKam Team:

What is digiKam software from digiKam Team, what is it used for and how to use it?

digiKam is a handy application that has been specially designed to offer users an advanced digital photo management application.

This tool makes importing and organizing digital photos a "snap". The photos can be organized in albums which can be sorted chronologically, by directory layout or by custom collections.Features Import:

Auto-creation of albums during import

Files displayed side by side

Exporting to another image format

Add Border: a tool to add decorative frame around a photograph

Channel Mixer: a tool to mix the photograph color channels

Photograph Refocus: a sharpness editor to refocus a photograph

Free Rotation: a plugin to rotate a photograph with a free angle in degrees

Shear Tool: a plugin to shear a photograph horizontally and vertically

Perspective Tool: a plugin to adjust the photograph perspective

Template Superimpose: a tool to superimpose a template on photograph

Insert Text: a tool to insert text under a photograph

Apply Texture: a tool to apply a decorative texture to a photograph

Solarize: a tool to solarize a photograph

Vignetting: a tool for removing or adding vignetting on photograph

Rain Drops: adding the visual effect of raindrops on photograph

digiKam is a software product developed by digiKam Team and it is listed in Graphics category under Digital Albums. digiKam is licensed as digiKam. You can run digiKam on Windows 2K/ XP/ Vista/ Vista 64 bit/ 7/ 7 64 bit/ operating systems. digiKam was last time updated on 16.04.2017 and it has 1,212 downloads on Download.hr portal. Download and install digiKam safely and without concerns.
digiKam Change info
Port to Qt5 and KF5;

Replacing digiKam KIOSlaves by a multi-threaded interface to query the database;

Add embedded trash support for each collection instead desktop trash;

Advertisement
What do you think about digiKam?
digiKam awards

Download.hr periodically updates software information of digiKam from the software publisher (digiKam Team), but some information may be slightly out-of-date or incorrect. digiKam version 5.5.0 for Windows 2K/ XP/ Vista/ Vista 64 bit/ 7/ 7 64 bit/ was listed on Download.hr on 16.04.2017 and it is marked as GPLv2.

All software products that you can find on Download.hr, including digiKam, are either free, freeware, shareware, full version, trial, demo or open-source. You can't download any crack or serial number for digiKam on Download.hr. Every software that you are able to download on our site is freely downloadable and 100% legal. There is no crack, serial number, keygen, hack or activation key for digiKam present here nor we support any illegal way of software activation. If you like software product please consider supporting the author and buying product. If you can not afford to buy product consider the use of alternative free products.

Is it safe to download and install digiKam?
digiKam was checked for possible viruses by various leading antivirus software products and it is proven to be 100% clean and safe. Although, no malware, spyware or other malicious threats was found we strongly advise you to check product again before installing it on your PC.

Please note that laws concerning the use of digiKam may vary from country to country. Please be sure that you are using digiKam in accordance with the law in your country.

How to uninstall digiKam?


How do I uninstall digiKam in Windows XP?


Nothing! Nada! Frei! Niente! It is FREE to download digiKam from Download.hr portal! We collect and list worlds best software products on Download.hr portal so everyone can enyoj in them. All products here are legaly listed but you can read additional information about license on owners web site.

Version: CS3
this is helpful in editing pictures and text in an easy and simple way
Adobe Photoshop Album Starter Edition 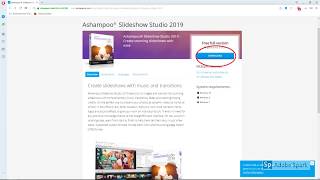