See all screenshots
Balabolka is a software application which lets you convert text to speech. It comes in handy for saving the audio recording later using a different tool, and integrating it as narration into a video that will be uploaded to YouTube (e.g. tutorial), for example. Balabolka's interface is basically a simple text editor with a number of options above it. After typing your text, the application will start reading it out, after clicking the Play button on the toolbar. If you are not pleased with the results, you can adjust the voice's rate and pitch together with the aid of two sliders, above the typing area. What make this program stand out are its options. Text-to-speech programs usually produce speech that clocks in at around the same quality level - sometimes it is good and other times, it falls quite far from the mark. What other programs do not have, however, is Balabolka's great speech setup options and superb selection of settings. Balabolka lets you save text as WAV, MP3, MP4, OGG or WMA. In addition, it can read the clipboard content and view text from documents saved as DOC, EPUB, FB2, HTML, ODT, PDF or RTF files. It will automatically detect any TTS voices you have installed on your personal computer and, of course, you can download more voices, both free and paid, from the web. It is worth taking your time to check out all of Balabolka's choices. It is truly useful for file management, even allowing you to divide and convert documents. It also has a timer, so you can set it to read before bedtime, for example, and can entirely be controlled by hotkeys.  The quality of the speech generated by Balabolka varies greatly, but you can have a large influence by picking the reading voice carefully and tweaking the settings so you deal with pauses, speed and uncommon words in the most efficient way. The program uses SAPI 4 and SAPI5 speech engines, together with the Microsoft Speech Platform. It's possible for you to change from one to another instantly by clicking one of the navigation tabs, above the speech adjustments. Balabolka should fulfill the requirements of the majority of users which are trying to find a reliable text-to-speech software application.

Download.hr periodically updates software information of Balabolka from the software publisher (Ilya Morozov), but some information may be slightly out-of-date or incorrect. Balabolka version 2.15 for Windows was listed on Download.hr on 19.01.2020 and it is marked as Freeware.

All software products that you can find on Download.hr, including Balabolka, are either free, freeware, shareware, full version, trial, demo or open-source. You can't download any crack or serial number for Balabolka on Download.hr. Every software that you are able to download on our site is freely downloadable and 100% legal. There is no crack, serial number, keygen, hack or activation key for Balabolka present here nor we support any illegal way of software activation. If you like software product please consider supporting the author and buying product. If you can not afford to buy product consider the use of alternative free products.

Is it safe to download and install Balabolka?
Balabolka was checked for possible viruses by various leading antivirus software products and it is proven to be 100% clean and safe. Although, no malware, spyware or other malicious threats was found we strongly advise you to check product again before installing it on your PC.

Please note that laws concerning the use of Balabolka may vary from country to country. Please be sure that you are using Balabolka in accordance with the law in your country.

How to uninstall Balabolka?


How do I uninstall Balabolka in Windows Vista / Windows 7 / Windows 8 / Windows 10 OS?


How do I uninstall Balabolka in Windows XP?


Nothing! Nada! Frei! Niente! It is FREE to download Balabolka from Download.hr portal! We collect and list worlds best software products on Download.hr portal so everyone can enyoj in them. All products here are legaly listed but you can read additional information about license on owners web site. 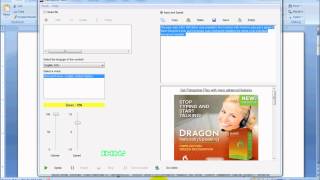