Free to try
Construct Airships and wage war in a sandbox world populated by floating islands, sprawling skies and adventure.

Advertisement
Sky Nations is listed in Adventure category and made available by Damaged,Damaged for Windows. Unfortunately, we have not yet reviewed Sky Nations. If you would like to submit a review of this software, we encourage you to submit us something!
Sky Nations review by publisher Damaged,Damaged:

What is Sky Nations software from Damaged,Damaged, what is it used for and how to use it? 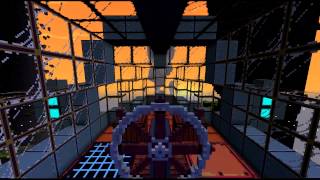 See all videos
Construct Airships and wage war in a sandbox world populated by floating islands, sprawling skies and adventure.

Set in a world where the planets surface is no longer habitable. Sky Nations takes place above the clouds where large airships are the only means of travel. Join up with your friends and build a ship to explore and do battle with players you meet a long the way or the various creatures inhabiting the skies.

Sky Nations is centred around multiplayer cooperative and versus play in a voxel sandbox. Using blocks players can build, destroy and take with harsh but fair mechanics based around freedom for player vs player. There aren't invisible barriers stopping you from destroying blocks or rules against attacking other players. The skies are tough and you need to be tough to survive them!

Build ships - As a completely multiplayer orientated experience you are free to roam, interact with and build on the ship as it?s piloted by another player. As well as design custom ships for custom jobs such as mining.

Crafting - Create unique items for your ship such as radars, generators and cannons!

PVP - Whether it's with your ships using cannons, lasers and more or with shotguns as invade enemy bases and form boarding parties players are free to attack or group up with others they may encounter in their travels.

Modding Support - Textures can be reskinned and the game server comes with a Mod API allowing you to write custom scripts in C#. Which will be expanded with updates.

Buildable Wearable Items - Craft items out of blocks to wear and stand out of from other players and use as bartering items.

Persistent Player Servers - Host your own servers or join other players servers with ease. Each a unique world generated the first time it is started.
Demo LimitationsThe demo allows you to experience a lot of the game with other players who have purchased the game. However there are a few limitations:
Demo players can only login to the Community Servers. Not player servers.

Demo players cannot enter a system claimed by a Nation they are not part of.

There is no time limit on demo accounts.

Download and install Sky Nations safely and without concerns.

Sky Nations is a game developed by Damaged,Damaged and it is listed in Games category under Adventure. Sky Nations is licensed as Shareware which means that game is provided as a free download to users but it may be limited in functionality or be time-limited. You may need to pay at some moment to continue using product or to use all functionalities. You can run Sky Nations on all modern Windows OS operating systems. Sky Nations was last time updated on 01.07.2018 and it has 931 downloads on Download.hr portal. Download and install Sky Nations safely and without concerns.
Sky Nations Requirements
OS: Windows Vista
,Processor: 2.3Ghz Multicore CPU or better.
,Memory: 2 GB RAM
,Graphics: Modern Dedicated GPU with Shader Model 3+
,DirectX: Version 9.0c
,Storage: 1 GB available space
,Sound Card: Requires Sound Output Device(Speakers, Headphones, etc)
,Additional Notes: Minimum requirements may change through game updates.,

Advertisement
What do you think about Sky Nations?
Sky Nations awards

Download.hr periodically updates software information of Sky Nations from the software publisher (Damaged,Damaged), but some information may be slightly out-of-date or incorrect. Sky Nations version Demo for Windows was listed on Download.hr on 01.07.2018 and it is marked as Shareware.

All software products that you can find on Download.hr, including Sky Nations, are either free, freeware, shareware, full version, trial, demo or open-source. You can't download any crack or serial number for Sky Nations on Download.hr. Every software that you are able to download on our site is freely downloadable and 100% legal. There is no crack, serial number, keygen, hack or activation key for Sky Nations present here nor we support any illegal way of software activation. If you like software product please consider supporting the author and buying product. If you can not afford to buy product consider the use of alternative free products.

Is it safe to download and install Sky Nations?
Sky Nations was checked for possible viruses by various leading antivirus software products and it is proven to be 100% clean and safe. Although, no malware, spyware or other malicious threats was found we strongly advise you to check product again before installing it on your PC.

Please note that laws concerning the use of Sky Nations may vary from country to country. Please be sure that you are using Sky Nations in accordance with the law in your country.

How to uninstall Sky Nations?


How do I uninstall Sky Nations in Windows XP?

How much does it cost to download Sky Nations?


Nothing! Nada! Frei! Niente! It is FREE to download Sky Nations from Download.hr portal! We collect and list worlds best software products on Download.hr portal so everyone can enyoj in them. All products here are legaly listed but you can read additional information about license on owners web site. 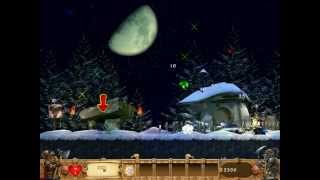