Advertisement
Logyx Pack is listed in Puzzle and Word Games category and made available by Drazen Beljan for Windows XP/Vista/7/8/10. Unfortunately, we have not yet reviewed Logyx Pack. If you would like to submit a review of this software, we encourage you to submit us something!
Logyx Pack review by publisher Drazen Beljan:

What is Logyx Pack software from Drazen Beljan, what is it used for and how to use it?

BTM Pro (Net+) consists of 3 card games Briscola, Tressette and Madrasso. Play ordinary or double type of Briscola. And also Tressette with or without declarations. Cards are one player against the computer, or network game (2 players, or 4 players in 2 pairs) over LAN/Internet.
Yap Yamb (Net+) (Jamb) is a four column (advanced Yahtzee-like) dice game for 1 to 5 players. Play it versus remarkable computer player(s) or versus your friends. Customize number of players, type of players, disabled columns and rows, number of dices, additional throw. There is also detailed statistics. Play Yamb offline or on a LAN/Internet.
Yea Chess is a chess versus computer. It has a simple interface and powerful and quick artificial intelligence. You can adjust the skill of the computer and save games.
Monopoly INT is a classic Monopoly board game for 2 to 4 players with a twist. Main twist in layout is that streets are replaced by countries. Monopoly INT rules are more dynamic and more flexible and the difference is also that all the properties in a color must be owned by any of players to buy the houses and hotels.
BTM, Yamb and Monopoly have the Croatian translation too. For example, you can play BTM Pro or Yap Yamb over network with your friends from other city or even other country.

Download and install Logyx Pack safely and without concerns.

Logyx Pack is a game developed by Drazen Beljan and it is listed in Games category under Puzzle and Word Games. Logyx Pack is a free game and it is fully functional for an unlimited time although there may be other versions of this game. You can run Logyx Pack on Windows XP/Vista/7/8/10 operating systems. Logyx Pack was last time updated on 13.02.2020 and it has 15,268 downloads on Download.hr portal. Download and install Logyx Pack safely and without concerns.
Advertisement
What do you think about Logyx Pack?
Logyx Pack awards

Download.hr periodically updates software information of Logyx Pack from the software publisher (Drazen Beljan), but some information may be slightly out-of-date or incorrect. Logyx Pack version 17.56 for Windows XP/Vista/7/8/10 was listed on Download.hr on 13.02.2020 and it is marked as Freeware.

All software products that you can find on Download.hr, including Logyx Pack, are either free, freeware, shareware, full version, trial, demo or open-source. You can't download any crack or serial number for Logyx Pack on Download.hr. Every software that you are able to download on our site is freely downloadable and 100% legal. There is no crack, serial number, keygen, hack or activation key for Logyx Pack present here nor we support any illegal way of software activation. If you like software product please consider supporting the author and buying product. If you can not afford to buy product consider the use of alternative free products.

Is it safe to download and install Logyx Pack?
Logyx Pack was checked for possible viruses by various leading antivirus software products and it is proven to be 100% clean and safe. Although, no malware, spyware or other malicious threats was found we strongly advise you to check product again before installing it on your PC.

Please note that laws concerning the use of Logyx Pack may vary from country to country. Please be sure that you are using Logyx Pack in accordance with the law in your country.

How to uninstall Logyx Pack?


How do I uninstall Logyx Pack in Windows XP?

How much does it cost to download Logyx Pack?


Nothing! Nada! Frei! Niente! It is FREE to download Logyx Pack from Download.hr portal! We collect and list worlds best software products on Download.hr portal so everyone can enyoj in them. All products here are legaly listed but you can read additional information about license on owners web site. 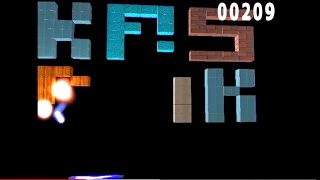