Free to try
Football Manager 2007 boasts many new features which are revolutionary not only for the game, but for the entire sports management genre

What is Football Manager 2007 software from Sports Interactive, what is it used for and how to use it? 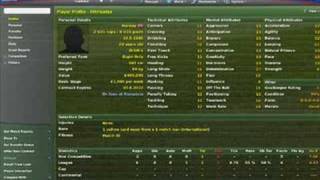 See all videos
Football Manager 2007 boasts many new features which are revolutionary not only for the game, but for the entire sports management genre

Whilst Football Manager 2007 adds more to the game than ever before, it is also easier to use, navigate and control and all the options are more obvious to players. Players have the option to get involved in every facet of management, but can also rely on their club staff for more help and advice than ever before. There are over 100 new features and below are highlights of some of the features that were recently revealed adn that makes this titles stand apart from the rest of the franchise...

THE BOARDROOM. An area Football Manager 2007 leaves to the virtual chairman and chief executive, yet still allows players to help influence in some ways. If someone makes a transfer offer too good to be true, the board may well accept over their manager’s head. They can also limit the amount of wages players can offer for a footballer who they haven't heard of. If the board are running out of cash, losing interest in the club or realise they’ve taken on too big a job, they might now invite people to make offers for the club, which may lead to a takeover. Different clubs receive offers from different groups, from supporters clubs through to massive investment from abroad – all of which can transform the life of the manager.

STADIUM MOVES. Just like in real life, many stadiums can not be expanded due to a lack of available planning permission which was a pain when FM managers took their clubs from obscurity to the top division and then couldn't get any more fans into the ground. Now, if there’s money in the bank, or if the board are confident of paying off any debts, the board may well decide to build a new shiny ground for the team to move into.

YOUTH REVAMP. Youth teams previously have been very well served over the years by a system called "regens", which essentially, is the regeneration of players as they retired. This process spent a long time evolving but SI never considered it to be perfect. "Regens" has been replaced by a new system. Internally codenamed "Fred" it allows a lot more youth players into the game – and this generation is therefore much more akin to real life eg only a small proportion of youth players will "make it" into top players, with many dropping down the leagues into non-league obscurity. NB if clubs have poor youth facilities, they will be less likely to find the next world superstar. This is not impossible – who knows where the next star will crop up - but it is definitely less likely. Real world contract rules are also used to try and save players under the age of 17 being snapped up for next to nothing by bigger clubs.

MATCH ENGINE IMPROVEMENTS. Controversial decisions are highlighted more in the game. Post match interviews can now affect the game, though the FA can act on what managers say. Touchline bans can be enforced if managers step out of line so it’s important to consider your approach, or you’ll be watching your team perform from the stands! Despite already being the most accurate replication of football in any simulation, the match engine written by Paul Collyer with assistance from Ray Houghton has taken another leap forward with more match events, improved commentary and even more lifelike: players warm up on the touchlines, managers can now give pre-match team talks, more intuitive half time and post match team talks, match time is now visible in the tactics screen, the score display is visible in full screen mode and many other extras. Tactically, the addition of pre- and during- match "opposition team instructions" screen allows managers the possibility to easily highlight players to close down, mark tighter, show onto his wrong foot or tackle harder – very useful for taking out your opponents key men if you fear them, but bear in mind this may affect your own team’s performance.

PLAYER INTERACTION. Last year saw the successful introduction of manager interaction; this year Sports Interactive have added player interaction, which involved not just users own players, but players throughout the whole football world and spans a wide variety of topics to talk to players about depending on the players status. Talk can be face-to-face, or through the media and footballers can respond in the same fashion. Request recommendations of players or staff to join the club, or ask them to help train youngsters, suggest that they go into coaching or management in the future, try and tap up players at other clubs through the media, talk to them about new contracts or answer all kinds of questions they might come up with. Warn them about resting to stop them from becoming unhappy, comment on their form to give morale boosts. Ask for tips on who might be a danger man or a weak link for the forthcoming match, or ask a senior member of the squad to have a team meeting when things are going wrong to try and sort out morale problems.

Every action has a consequence and there can be negative or positive effect as relationships become strained with other clubs and managers if you express too much interest in their players for example they may refuse to deal with you on transfers or a backlash where they put in bids for lots of your players to damage your own team’s morale. The opposite can happen, of course, and if you develop a good relationship with a player he may join you on loan over other clubs.

AFFILIATE CLUBS. Feeder clubs make their debut in Football Manager 2007. A feature requested many times over the years and the time is right to add them now. There are many types of affiliate clubs and Sports Interactive have tried to get as many of these relationships in the game as possible, but it's up to the board to decide what type of relationship the club needs, if one at all. The feeder club module is an area where players will keep finding new things over time due to the sheer amount of combinations possible, with some relationships a lot rarer than others. In general the way they work is that requests are made for a feeder club (or to be a fed club) from the "affiliates" section of the game (or from the board interaction screen) should your board be happy with having another relationship. Relationships can range from simply sending players to clubs on loan (although these players still have the right to say no) and play the club in a friendly once a year, through to relationships with clubs in a far flung country that might increase global marketing presence. Players can negotiate first options at clubs, have different types of relationships around the world, and utilise relationships with other managers by linking up with those that you have a good relationship with via manager interaction. Players can even be signed who wouldn't normally get work permits (if needed) and farmed off to countries where the laws are easier to get dual nationality.

Having feeder clubs is very useful, particularly to try out youth players from the newly revamped youth section in the game. It is especially good for smaller clubs giving these youth players their first chance to play regular first team football and the possibility of getting more fans through the door wanting to see new young talent made available through a good relationship with a top manager - let alone the financial possibilities and potential new supporters that having a commercial link might bring.

Download and install Football Manager 2007 safely and without concerns.

All software products that you can find on Download.hr, including Football Manager 2007, are either free, freeware, shareware, full version, trial, demo or open-source. You can't download any crack or serial number for Football Manager 2007 on Download.hr. Every software that you are able to download on our site is freely downloadable and 100% legal. There is no crack, serial number, keygen, hack or activation key for Football Manager 2007 present here nor we support any illegal way of software activation. If you like software product please consider supporting the author and buying product. If you can not afford to buy product consider the use of alternative free products.

Is it safe to download and install Football Manager 2007?
Football Manager 2007 was checked for possible viruses by various leading antivirus software products and it is proven to be 100% clean and safe. Although, no malware, spyware or other malicious threats was found we strongly advise you to check product again before installing it on your PC.

How to uninstall Football Manager 2007?


How do I uninstall Football Manager 2007 in Windows XP?

How much does it cost to download Football Manager 2007?


Nothing! Nada! Frei! Niente! It is FREE to download Football Manager 2007 from Download.hr portal! We collect and list worlds best software products on Download.hr portal so everyone can enyoj in them. All products here are legaly listed but you can read additional information about license on owners web site. 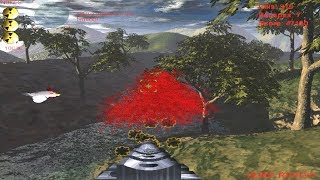