In celebration of the 60th Anniversary of SEGA, get a HD remaster of a SEGA Saturn classic NiGHTS Into Dreams for FREE on Steam.

GO SEGA 60th Anniversary:
Help us celebrate six decades of iconic SEGA gaming moments. Sign up below to get access to a FREE Steam copy of SEGA Saturn classic NiGHTS into Dreams as well as exclusive access to weekly goodies drops from 21st October.
Click to expand...

How Get Game for Free:
1) Head over to the official SEGA 60th page.

2) Choose Steam as your preferred platform and then the game will be added once you link your Steam account.

3) If you get an error, try again, for us it worked on the second try.

Slip off into the dream world and go on an aerial adventure as NiGHTS in this classic Saturn remake. Collect Ideya (colored orbs), rack up points, and battle bosses to help Elliot and Claris save Nightopia from Wizeman the Wicked. With enhanced graphics, achievements, leaderboards, and playable content from Christmas NiGHTS, this beloved title is back and better than ever.

Hd Dreams
See NiGHTS come to life like never before with HD graphics and widescreen. All 7 original dreams have been enhanced for an invigorated gameplay experience.

Achievements and Leaderboards
Track your progress against the most dedicated NiGHTS fans in the world.

Saturn Dreams
Long-time fans can re-play the game in its original form.

Extras
The Movie Theater and Gallery offer a behind-the-scenes look at the story and artwork that make NiGHTS into dreams… so special.

Come Celebrate SEGA's 60th Anniversary with us on Steam!

Get Sonic the Hedgehog 2 for free from October 9th-18th!
I wrote about this promotion earlier:

Sonic The Hedgehog 2 for free on Steam. Free to keep when you get it before October 19, 2020 at 7 PM. Some limitations apply. Sonic The Hedgehog 2 $4.49 ➞ free today Dr. Eggman (aka Dr. Robotnik) has returned, turning helpless animals into robots and forcing them to build his ultimate weapon...
www.download.hr
While you're around, check out some of our new HIGHEST DISCOUNTS.

Grab our EXCLUSIVE FREE MINI-GAMES that we’re giving away every day from October 15th – 18th. These brand new games were created just for SEGA’s 60th and are available for a LIMITED TIME ONLY. Once they’re gone, they’re gone. Be sure to come back every day to claim the daily mini-game!

We look forward to seeing you there and hope you enjoy celebrating 60 years of SEGA with us!

Exclusive free mini-games to celebrate the 60th SEGA Anniversary from October 15 to 18 on Steam
(I recommend adding to your wish list, you will get a notification when the game is available.) 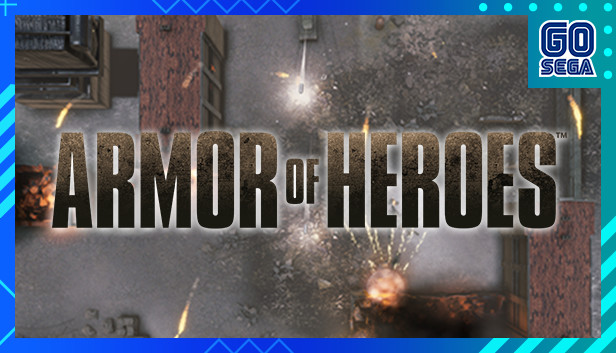 Armor of Heroes on Steam 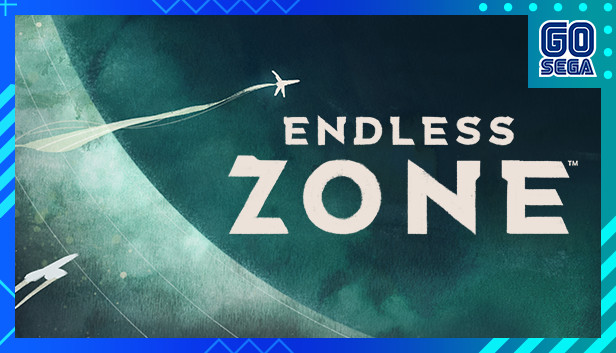 A small, fast-paced game inspired by SEGA’s "Fantasy Zone" series. Play through four worlds in frenetic arcade action as you help the hero, Opbot, evade aliens, enemies, and things from another dimension on their way to freedom! 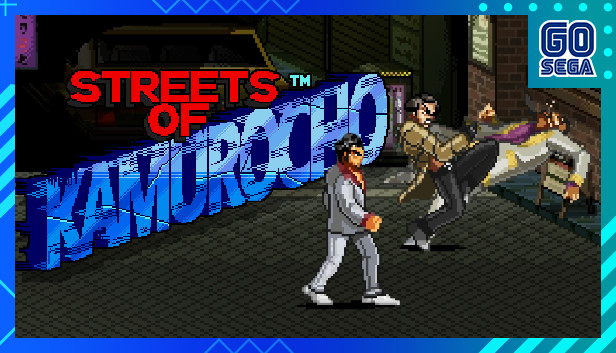 Streets Of Kamurocho on Steam

The death of the Tojo Clan’s Third Chairman has plunged the organization into chaos. The violence spreads to the streets, and only Kazuma Kiryu and Goro Majima can put an end to the bloodshed! 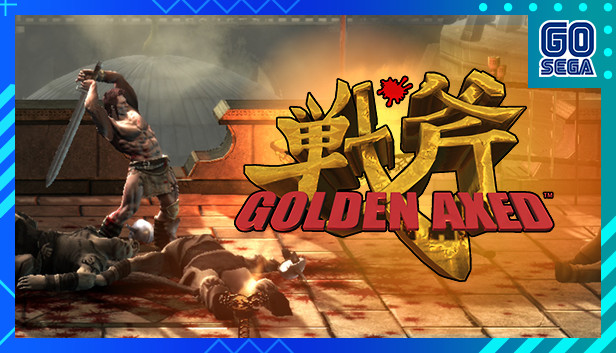 From the depths of SEGA’s archives, a glimpse of what could have been, just for the fans!

In celebration of SEGA’s 60th Anniversary, SEGA has taken the retro thrill of old school tank battles and polished them up with a modern spit shine, integrating art and models from Relic Entertainment's beloved Company of Heroes series.

Play solo, team up against the AI, or go head-to-head in all-out 4 player PVP battles!

Features:
Three scoring modes:
- Deathmatch – reach the score limit or achieve the highest score within the time limit
- Score Zone – only get points when within the zone
- Survival – fixed number of lives; winner is the last tank standing

Four levels from small to large with destructible scenery

Remote Play Together - invite a friend, let them take a tank

Armor of Heroes on Steam

Waaaaay back -- before Endless Legend, before Dungeon of the Endless -- Opbot was just another Field Surgeon and Organ Recovery Specialist in the Mezari military.

Then, one day, something happened... and Opbot found themself on the run. In a stolen escape pod (with, fortunately, several gun emplacements), they will attempt to flee the Mezari empire, escape the tendrils of the Unfallen, avoid getting eaten by Cravers, and find a way out of a temporary breach into the Riftborn universe!

For SEGA's 60th anniversary, we're putting our favorite android through the wringer in homage to one of our favorite SEGA console games: Fantasy Zone.

Opbot got stuck in the Endless Zone. Can you get them out?

A small, fast-paced game inspired by SEGA’s "Fantasy Zone" series. Play through four worlds in frenetic arcade action as you help the hero, Opbot, evade aliens, enemies, and things from another dimension on their way to freedom!

How do I claim it without downloading in my Steam client?

Ant Dude said:
How do I claim it without downloading in my Steam client?
Click to expand...

One player said he assigned the games to a library but didn't know why. He took the following steps:
1) Earlier games from promotion added to wish list.

3) He went to the promotion page and clicked Play Game.

4) In the Got Steam form? selected Yes, Steam is installed
(Play this game now).

5) When the installation started, he chose Cancel.

6) Then he repeated the above steps with the launcher.

7) He doesn't even know when the games were assigned to the library.

Another player said that he watched Sega stream through the launcher for several minutes: 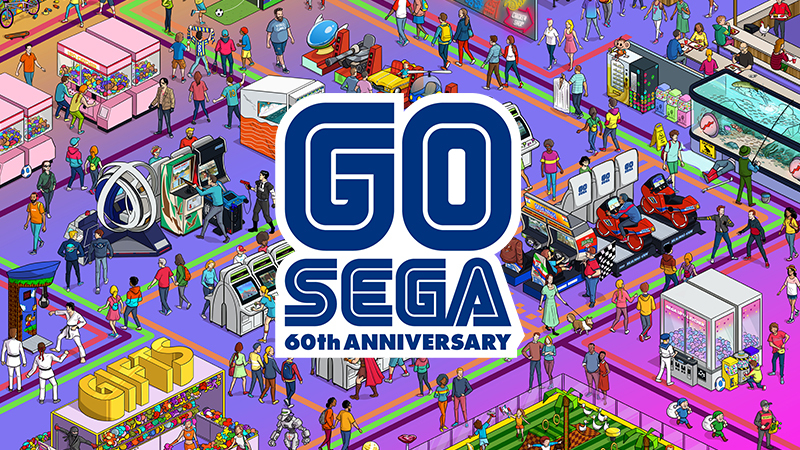 Come Celebrate SEGA's 60th Anniversary with us on Steam! We have free games, discounts, streams, interviews, and more!

store.steampowered.com
He too has been assigned games to the library.

Streets of Kamurocho is now available on Steam. Promotion will run until 10 AM PST / 6PM BST October 19, 2020.

In celebration of SEGA’s 60th Anniversary, SEGA mashed Streets of Rage 2 with the ever-popular Ryu Ga Gotoku Studio’s Yakuza series, and Streets of Kamurocho was born.

Play as two of the most loved characters – Kiryu and Majima – to brawl your way through Kamurocho.

"The death of Tojo Clan's Third Chairman has plunged the organization into chaos", the synopsis begins. "The violence spreads to the streets, and only Kazume Kiryu and Goro Majima can put an end to the bloodshed!"

It also supports local co-op, so you can set out to save the streets of Kamurocho with a pal. It's such a neat crossover that works so well, and it definitely looks worth picking up if you're a fan of either series.

Streets Of Kamurocho on Steam

The death of the Tojo Clan’s Third Chairman has plunged the organization into chaos. The violence spreads to the streets, and only Kazuma Kiryu and Goro Majima can put an end to the bloodshed!

Thank you, I enjoy game
K

Streets of Kamurocho is only 1 stage not full game.

Too bad that is only 1 stage but better than nothing. Thx for the news.

At the beginning of this decade, SEGA Studios Australia was working on a series of reboots of classic SEGA IP, known collectively as the SEGA Reborn series. These included 2.5D reboots of Golden Axe, Altered Beast, and Streets of Rage, as well as an endless runner version of Shinobi, all encompassed in a universal hub world.

Sadly SEGA Studios Australia’s doors were shuttered in 2013, and with it the SEGA Reborn project was lost to the annals of video game history.

On the occasion of SEGA’s 60th Anniversary, as a special treat to say “Thank You!” to our fans, SEGA is releasing a working prototype of Golden Axe Reborn, a single level created as proof-of-concept, or what’s known in the industry as a “vertical slice.” We’ve dubbed it, tongue in cheek, as “Golden Axed.”

Golden Axed offers a unique glimpse into the prospect of a project that could have been, and a rare peek behind the curtain at the sometimes tumultuous world of video game development.

We reached out to some of the original development team to bring this dusty gem to light, and they are proud that this project could be revived in some form to be shared with you, the fans.

From the depths of SEGA’s archives, a glimpse of what could have been, just for the fans!

Just 1 min gameplay ,magic and block not work. This is shame for SEGA

koiazliwe said:
Just 1 min gameplay ,magic and block not work. This is shame for SEGA
Click to expand...

Anyways, the game's input controls are annoying. I have to do configure outside of the game. Also, mostly no default keys for keyboarders. I can't find the attack one. I can move and jump though. https://steamcommunity.com/app/1368460/discussions/0/5063694237342959550/ says others have the same issue. Thumb down for this game.