FolderMatch
Compare and Sync Folders, Drives, and Computers
100% Off
$0$36.00
GET IT FOR FREE
for PC
Platforms: Windows Vista,7,8,10
Languages 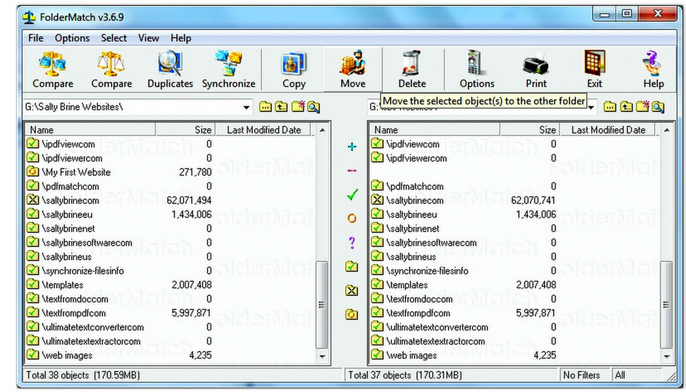 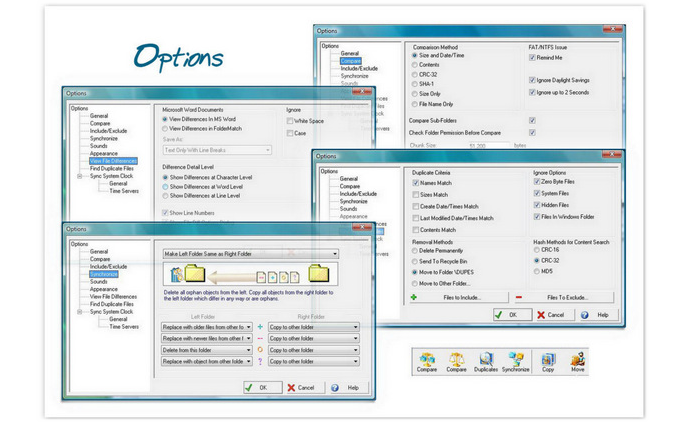 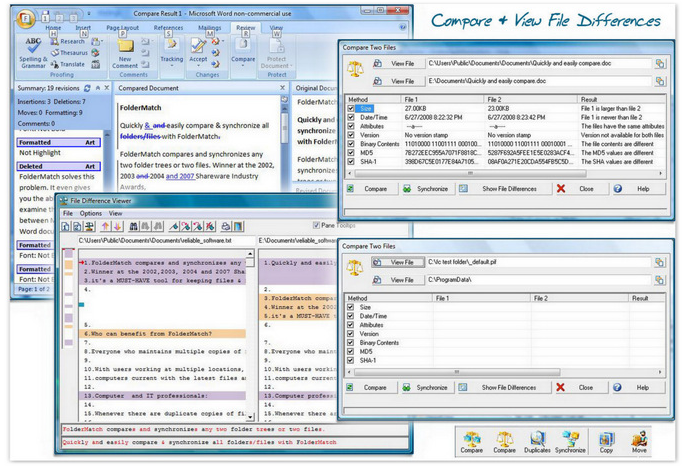 The longer you use your PC, the more likely you are to end up with files and folders that have similar names. Sometimes, you've accidentally copied a folder instead of moving it. Other times, you play it safe and save a document in multiple places, then forget which one is the one you need. Thankfully, there's today's discount software promotion, FolderMatch, to make sense of it all!
FolderMatch is a folder comparison and synchronization application for Windows users. Featuring support for Windows 7,8,10 (both 32 and 64 bit), FolderMatch is the best way to reliably compare and synchronize two folders, two hard drives, or even the contents of two computers. With FolderMatch, you'll be able to see the exact differences between two text files, spreadsheets, Word files, PDF documents, or RTF files!
Just as importantly, you can also use FolderMatch to identify and remove duplicate files, even if they have different file names, thus recapturing valuable hard drive space. And when you find a bunch of files that you want to keep, but keep in a more organized fashion, FolderMatch lets you rename multiple files at once. It's fast! It's easy! It's FolderMatch!
Today's promotion includes the following:
FolderMatch ($0)
FolderMatch - Home License Upgrade ($19.79)
FolderMatch - Lifetime Upgrade Assurance Plan ($44.96)
Advertisement

FolderMatch - Files and Folders Software - 100% off for PC

FolderMatch for PC. Files and Folders Software at 100% off. Compare and Sync Folders, Drives, and Computers.